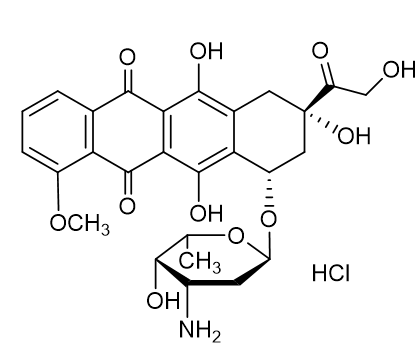 Doxorubicin is also a naturally fluorescent anthracycline antibiotic, anticancer drug. It is a substrate of MRP1 which was first cloned from a DOX-resistant lung cancer cell line. Fluorescent property has been exploited for the measurement of drug efflux pump activities as well as resolving the important question of intracellular localization of various multidrug resistance proteins and the role of subcellular organelles (Golgi and lysosome) in the sequestration of drugs and its implication in drug resistant phenotypes.